The Night of the Flood

Summer, 1952. Verity Frost, stranded on her family farm on the Norfolk coast, is caught between two worlds: the devotion of her childhood friend Arthur, just returned from National Service, and a strange new desire to escape it all. Arthur longs to escape too, but only with Verity by his side.

Into their world steps Jack, a charismatic American pilot flying secret reconnaissance missions off the North Sea coast. But where Verity sees adventure and glamour, Arthur sees only deception. As the water levels rise to breaking point, this tangled web of secrets, lies and passion will bring about a crime that will change all their lives.

Taking the epic real-life North Sea flood as its focus, The Night of the Flood is at once a passionate love story, an atmospheric thriller, and a portrait of a distinctive place in a time of radical social change. 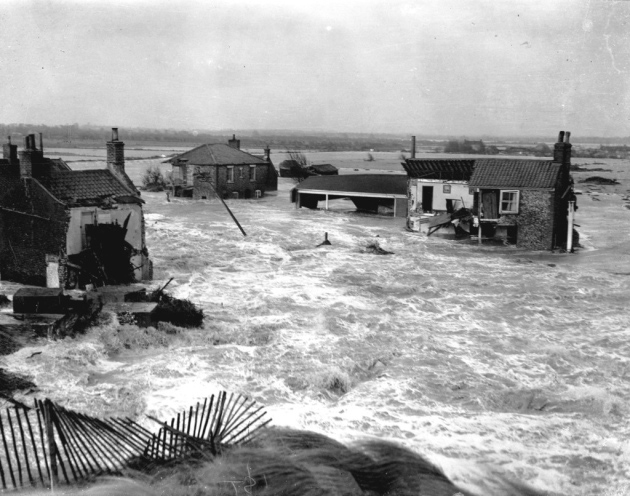 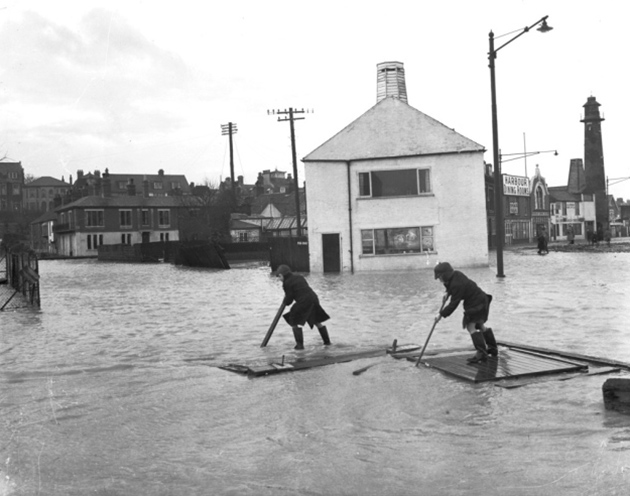 The story is rooted in a time and landscape which Zoë knows intimately, as this article from the Norwich Evening News explains. Read the article.

There are those of us who enjoy novels while others tend to settle down with history books … especially ones which tell of times gone by in Norfolk and Suffolk. The Night of the Flood by Zoë Somerville is one which offers both and is written with such style and pure passion.

Today Zoë lives at Bath, where she completed a creative writing MA, but she was born and grew up in Norwich.

In those days she was Zoë Bremner. And yes, her father is none other than Bert Bremner, the former teacher, city and county councillor and so much more. When he stepped down from the city council, leader Alan Waters described him as having a ‘unique personality’ and was a ‘powerhouse of energy.’

Well, he can certainly be proud of Zoë, who has spent the last five years writing this no-holds barred look at the life and loves of her main character Verity Frost in North Norfolk at the time of the terrible 1953 floods.

This story has much to offer the reader. It starts in the summer of 1952 and follows the life of young Verity and the people in her life, especially local boy Arthur and American pilot Jack.

“I had these characters in my head for a long time and then I thought about the floods and decided to set their story in that era,” said Zoë.

Being from Norfolk she knew about that terrible disaster but hadn’t realised just how many lives were lost and the destruction caused as the cruel sea invaded the East Coast. Her local knowledge comes to the fore as the characters emerge. They don’t live in made-up places. This is 1950s Norfolk. The city, the towns and villages and the countryside. 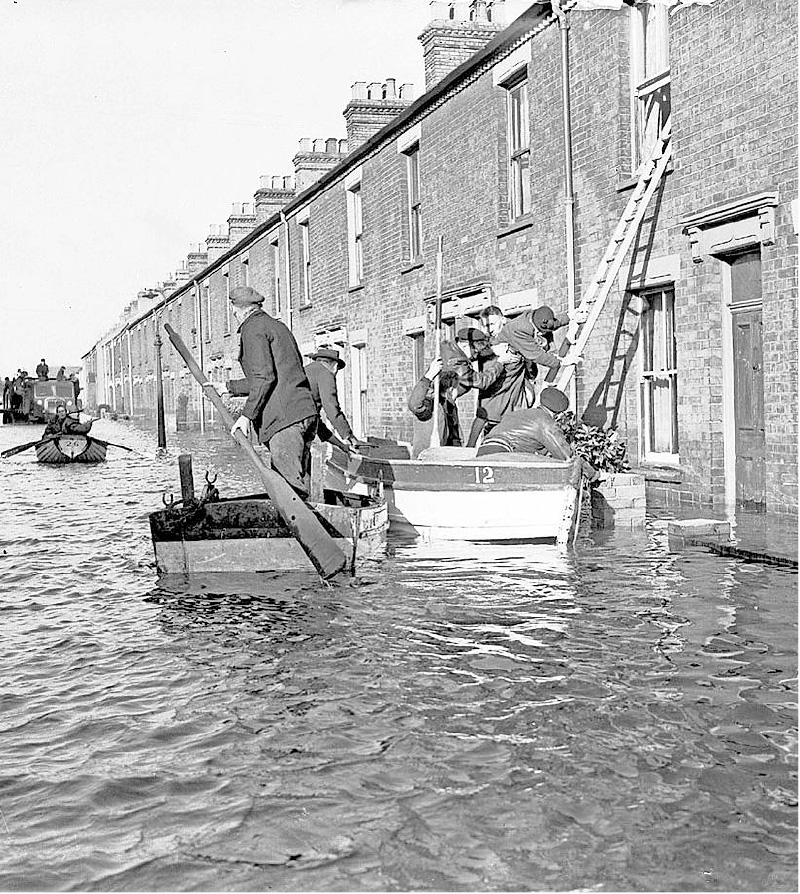 Zoë, now in her early 40s, went to CNS before heading off to Sheffield University.

“I always wanted to teach and travel, so I went off to work in Japan teaching English,” she said.

She also worked in France and returned to teaching in London before heading off to work in America for a couple of years.

Married to Will, Zoë has two children, Alex and Jessie. This is her first book but it will not be her last. She has so much talent and a wonderful way with words.

“I must thank my family, especially my dad for a book-filled childhood, and my sister, Sophie, for driving me around Norfolk for research, and my amazing grandmother, Bessie, for all her love,” says Zoë.

Now the thing is, when writing about a novel you don’t want to give the game away about what the characters we get to know so well – or do we? – are all about.

This is a work of fiction, inspired by tragic, real-life events. Life, death and dashing airmen – just what was that charismatic Jack really up to?

The story starts with Verity Frost stranded on her family farm on the Norfolk coast – she is caught between two worlds: The devotion of her childhood friend Arthur, just back from National Service, and a new desire for a new life in another place. In walks, Jack and Verity see glamour and excitement but as you can imagine Arthur is not impressed. He sees deception.

As the story develops, we get to know the people living in this Norfolk community but, as 1953 starts, the water levels rise to breaking point and a tangled web of secrets, lies and passion brings about a crime which will change all their lives.

The floods are at the heart of this passionate and moving love story, which also gives us a rare taste of what life was like in the early 1950s in Norfolk … and how the sea killed and destroyed on a terrifying scale.

Writing a book interweaving fiction with disasters in living memory is not easy and has to be written with utmost respect. Zoë has done just that.

“Set during the 1950s in the shadow of the Cold War, this atmospheric thriller follows a love triangle that turns murderous. […] Somerville’s absorbing story of secrets, obsessions and thwarted desires is gripping and entertaining.”

“A gem for lovers of historical fiction. […] Somerville puts a love triangle at the heart of the story to ramp up the drama further.”

“The skill in building the story until the flood occurs is brilliant, and you have both sympathy and irritation for Verity who is stuck between all these men for different reasons. […] I felt it was a very powerful read.”

“A taught, evocative literary thriller which conjures 1950s Norfolk and the mirrored tensions of a love triangle and a fateful storm to dazzling effect.”

“Simmering secrets, forbidden desires and the long shadows cast by a passionate crime combine in this atmospheric and haunting debut. Norfolk is beautifully conjured and the tension rises as surely as the tide.”

Emma Stonex, author of The Lamplighters

“The Night of the Flood shows lives and landscapes suspended between past and future, life and death – and shows what happens when this fine, terrifying balance fails. A taut, impressive debut.”

“Evocative, glorious and tragic all at once… the writing is superb.”

“A vivid portrait of Britain in the early ’50s and a compelling story about love and friendship, secrets and betrayal.”

Anna-Marie Crowhurst, author of The Illumination of Ursula Flight

“I’ve been looking forward to reading Night of the Flood for a while, because I’ve been hearing really good things about it, and I’m pleased to report that it was just as good as I’d hoped.” Read the full review.

Life With All the Books

The Night of the Flood is available in hardback from Waterstones, Bookhive and Amazon. The paperback edition is available from May 13th.